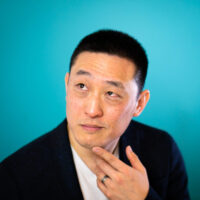 As a comedian, he has been heard on CBC’s The Debaters, Laugh Out Loud, and Sirius/XM radio and seen on stage at the Winnipeg Comedy Festival, the Halifax Comedy Festival, JFL42, and Just For Laughs in Montreal. As a writer, he’s been published on CBC Comedy and The Beaverton, spent a little time in the writer’s room for international TV hit Kim’s Convenience and Canadian institution This Hour Has 22 Minutes, and has an original comedy in development with CBC. He has two degrees in chemical engineering which he now uses only as punchlines and an excessive (but still legal) number of cats.

If you are in crisis please call